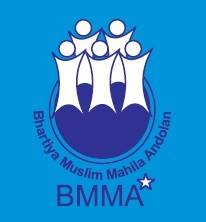 Bharatiya Muslim Mahila Aandolan (BMMA) is an autonomous, secular, rights-based mass organization led by Muslim women which fights for the citizenship rights of the Muslims in India. BMMA was formed in January, 2007.

To create conditions within the Indian society where the Muslim community and especially the Muslim women are able to eradicate their own poverty and marginalization and live a life of equality, justice and with respect for human rights.

Values of democracy, secularism, equality, non-violence, human rights and justice as enshrined in the Constitution of India. These are our guiding principles in our struggle for justice.

The BMMA works for all the rights and duties emanating from the Constitution of India. Over the six years the membership has increased to 30,000 in 15 states, over the past six years. Our membership is open to all, including men, who share our vision and mission and are secular.